The history of Westeros is written, in-universe, by the maesters of the Citadel. Like all historians, they’re not infallible. In particular, the maesters are focused on rational thought, evidence and reason, even in the face of evidence of magic in the world (such as dragons.)

Some of Westeros’ historians though are more open to the possibility of the arcane and inexplicable. In particular, the works of Septon Barth are referenced by others, especially in TWOIAF, usually so that the ‘author’ Maester Yandal can then scorn the theory. Which has led to the popular idiom amongst fans: “Septon Barth was always right.”

It’s GRRM’s way of telling us the truth, while showing us that the people of Westeros don’t believe it.

So what has Septon Barth actually said?

END_OF_DOCUMENT_TOKEN_TO_BE_REPLACED

/r/asoiaf is running its annual tournament again, and this year the moderating team has decided to run an essay tournament.

I’ve been selected as a participant, but I can’t tell you what my submission was about – nor is it published on this blog (yet. Once the tournament is finished, I will repost any submission/s I prepared for the tournament.)

The first round is live, so go, read and vote!

MAY THE BEST WRITER WIN 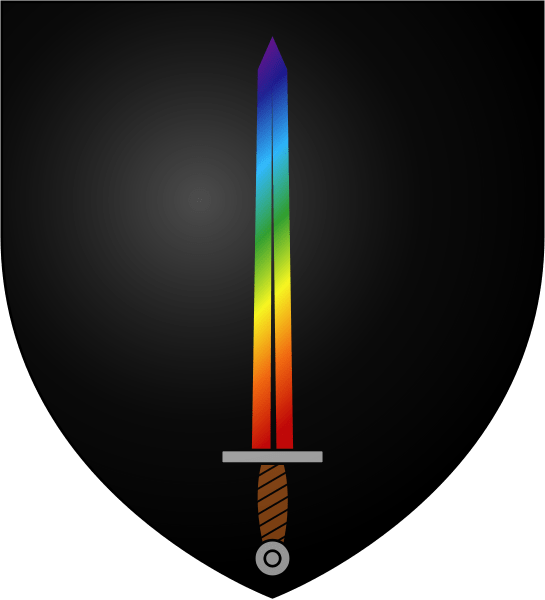 Introduction Artwork by Marc Fishman From Visenya’s Hill, the call went out to the faithful that Maegor’s Laws were undone; the Faith of the Militant had been reborn. Granted extraordinary powers by the crown, knights flocked the banner of the Warrior’s Sons while smallfolk men and women gathered under the Poor Fellows. Meanwhile on Aegon’s […]

via Blood of the Conqueror, Part 11: An Alliance With God — Wars and Politics of Ice and Fire

A popular belief amongst fans, perpetuated by commentary from characters in the books to show that it is widely believed in-universe, is that House Targaryen only ever practised incestuous marriage.

They certainly were fond of incest, and this was because of their Valyrian heritage. More particularly, their dragonriding heritage. This recently came up on /r/asoiaf where a new fan believed they had cracked a theory, but it’s actually just stated directly in the text: the dragonlords practised incest to maintain their ability to control their dragons.

What is not stated is why this was necessary, but from what we do know about taming dragons, there is more than a component of blood magic. But it’s not always necessary.

That’s the why. This blog is about the who.

END_OF_DOCUMENT_TOKEN_TO_BE_REPLACED

There’s so much being written at the moment about privilege in the real world. I’m going to try to steer clear of that for this blog, and focus instead on the representation of privilege that GRRM gives us in ASOIAF.

This blog is inspired by BryndenBFish’s latest blog on the factors that have led to the perfect political storm that Varys intends to exploit with the arrival of Aegon. What caught my eye was this observation about Jaime:

What Jaime could not understand was that the growing power of the sparrows was due entirely to his family’s actions specifically in the Riverlands. The army of sparrows that were massing in King’s Landing and the Riverlands were the expression of a popular outrage against the abuses committed during the War of the Five Kings. This is one of the flashing warning signs that Cersei should have heeded in her conversation with the High Sparrow. The sparrows’ grievances were built on a foundation of war atrocities that had been committed by her father and brother’s armies. So, while Cersei Lannister had allowed the Faith to rearm with the expectation that the High Sparrow and his army to be loyal to her and her son, these men and women were already hostile to the Lannister regime.

The Lannister children (Cersei, Jaime and Tyrion) are the epitome of privilege in Westeros. They are used to having everything that gold can acquire at their disposal, and complete political and legal immunity because of Tywin’s ruthlessness. This has led to the current climax of cock ups that constitute Cersei’s attempts to rule Westeros through her sons. In Westeros at least, the privileged are about to fall, and fall hard.

It’s not just that Cersei is so politically incompetent that she re-armed the Faith Militant, it’s also that Tyrion is lashing out because he wasn’t allowed to be The Lannister of Casterly Rock, and Jaime is continuing to enforce Tywin’s corrupt and cruel policies in the Riverlands.

END_OF_DOCUMENT_TOKEN_TO_BE_REPLACED

Hey ho! Long time no blog. Bad me. Sorry, full time study is more arduous than I remember it being as an undergraduate, and staying afloat on a sea of commerce subjects didn’t leave me much time to blog about fun things, or do the well over due re-read of ASOAIF.

Maybe I should start that anyway, as I dive into my second trimester. Use a chapter or two of ASOIAF a night as a reward for a day of study?

As I do re-read, I’d like to do more chapter-focused blogs, looking at particular chapters or character arcs in depth. I’ve been thinking a lot about prophecy and Dany, and she has one chapter in particular which resonates throughout the series: her trippy experience in the House of the Undying.

So let’s dive in! Down your cup of shade of the evening, and open the doors of wisdom…