There’s so much being written at the moment about privilege in the real world. I’m going to try to steer clear of that for this blog, and focus instead on the representation of privilege that GRRM gives us in ASOIAF.

This blog is inspired by BryndenBFish’s latest blog on the factors that have led to the perfect political storm that Varys intends to exploit with the arrival of Aegon. What caught my eye was this observation about Jaime:

What Jaime could not understand was that the growing power of the sparrows was due entirely to his family’s actions specifically in the Riverlands. The army of sparrows that were massing in King’s Landing and the Riverlands were the expression of a popular outrage against the abuses committed during the War of the Five Kings. This is one of the flashing warning signs that Cersei should have heeded in her conversation with the High Sparrow. The sparrows’ grievances were built on a foundation of war atrocities that had been committed by her father and brother’s armies. So, while Cersei Lannister had allowed the Faith to rearm with the expectation that the High Sparrow and his army to be loyal to her and her son, these men and women were already hostile to the Lannister regime.

The Lannister children (Cersei, Jaime and Tyrion) are the epitome of privilege in Westeros. They are used to having everything that gold can acquire at their disposal, and complete political and legal immunity because of Tywin’s ruthlessness. This has led to the current climax of cock ups that constitute Cersei’s attempts to rule Westeros through her sons. In Westeros at least, the privileged are about to fall, and fall hard.

It’s not just that Cersei is so politically incompetent that she re-armed the Faith Militant, it’s also that Tyrion is lashing out because he wasn’t allowed to be The Lannister of Casterly Rock, and Jaime is continuing to enforce Tywin’s corrupt and cruel policies in the Riverlands.

As I read through BBF’s blog, I started tweeting to him.

@BryndenBFish they all just don't understand that their actions, or the actions of their father, have **consequences**

@BryndenBFish and that's why they are all going to fail so spectacularly. They epitomise privilege. Cersei + Jaime are accustomed to success

@BryndenBFish ooooh. Just got an idea for a blog. Cheers BBF!

This is that blog 🙂

What is ‘privilege’ you SJW???

Privilege is a term that feels like it is relatively new in the social and political analysis sphere, but it dates back to the 1930s. Everyday Feminism has a great “quick and dirty” primer on privilege for those who are unfamiliar with the concept.

We can define privilege as a set of unearned benefits given to people who fit into a specific social group.

Society grants privilege to people because of certain aspects of their identity. Aspects of a person’s identity can include race, class, gender, sexual orientation, language, geographical location, ability, and religion, to name a few.

You can be privileged in some senses and not privileged in others. For example, I acknowledge that I have a fairly privileged life because I am white, literate and educated. At various stages is my life I have had a relatively comfortable degree of financial security as a working professional. However I also experience disadvantage because I am a woman, I have a disability, and at the moment because I live below the poverty line.

The important thing with privilege is acknowledging the way that privilege (or lack thereof) helps or prevents moving through life. Social norms, job prospects, political enfranchisement, experiences of discrimination and so on are all influenced by the privilege you do or do not have.

House Lannister: the epitome of privilege

House Lannister of Casterly Rock. Lords Paramount of the Westerlands. Rich beyond measure due to the gold mines of the Rock. Politically influential.

The current generation of Lannisters have incredibly privileged lives because they have grown up not just wealthy and in the upper echelons of feudal society, but because they grew up in a world where their father’s ruthlessness and political power guaranteed them political and legal immunity for their actions.

This is most clearly demonstrated by the choice that Robert Baratheon and Jon Arryn made as to Jaime Lannister’s fate as a Kingsguard who slew the previous king. Killing the king is treason. Killing the man you were sworn to protect violates some of the most sacred norms of chivalry. Jaime knew that his actions, no matter how justified given what we know of Aerys’ intentions to annihilate King’s Landing, completely and utterly undermined the social and legal fabric of Westeros.

However, he was not punished. As Stannis Baratheon vents to Ser Davos Seaworth in ASOS Davos IV

I mean to scour that court clean. As Robert should have done, after the Trident. Ser Barristan once told me that the rot in King Aerys’s reign began with Varys. The eunuch should never have been pardoned. No more than the Kingslayer. At the least, Robert should have stripped the white cloak from Jaime and sent him to the Wall, as Lord Stark urged. He listened to Jon Arryn instead.

Side note: it’s ironic that Jaime remains so resentful of Ned’s stern-face rapprochement from that fateful day, given that Ned was conscious enough of the extraordinary circumstances that faced Jaime’s decision to kill Aerys that instead of calling for his head, he called for Jaime to be sent to the Wall.

What protected Jaime from Ned’s suggestion of the logical and just thing to do? Jon Arryn’s counsel. Why did Arryn counsel the newly crowned Robert to keep Jaime as a white cloaked Kingsguard?

Arryn was very astute. He knew that to keep Tywin Lannister loyal to the new regime, he would need to offer a sweetened cup of peace to the former Hand of Aerys Targaryen: a royal marriage for Cersei, and a full pardon for Jaime. Perhaps Jon Arryn and Tywin Lannister even discussed that perhaps in the future Jaime could be respectfully pardoned from the Kingsguard to take up his seat at Casterly Rock?

Jaime seems to be both mindful and ignorant that his legal immunity comes from his father’s position and influence. Unlike his sister, Jaime does not view the world through a spectrum of narcissistic self-delusion. He knows that he was saved from the sword and the Wall because Tywin would not suffer such things, and he knows that as far as everyone else in Westeros is concerned, he is the knight with “shit for honour.”

A strange woman, to trust her girls to a man with shit for honor.

Jaime gave him a cold, contemptuous smile. “And men say I have shit for honor?”

Why is it that no one names Robert oathbreaker? He tore the realm apart, yet I am the one with shit for honor.”

“Once that went without saying when men spoke of those who wore the white cloak.”
No man can choose his brothers, Jaime thought. Give me leave to pick my own men, and the Kingsguard will be great again. Put that baldly, though, it sounded feeble; an empty boast from a man the realm called Kingslayer. A man with shit for honor. Jaime let it go. He had not come to argue with his uncle.

But he seems to take it all for granted that he still has his life and liberty. He never once reflects on whether he should have gone to the Wall as an appropriate punishment for his actions. Instead, his focus is entirely on how it’s frustrating that everyone treats him as the man with ‘shit for honour.’ There’s a reason for that mate…. 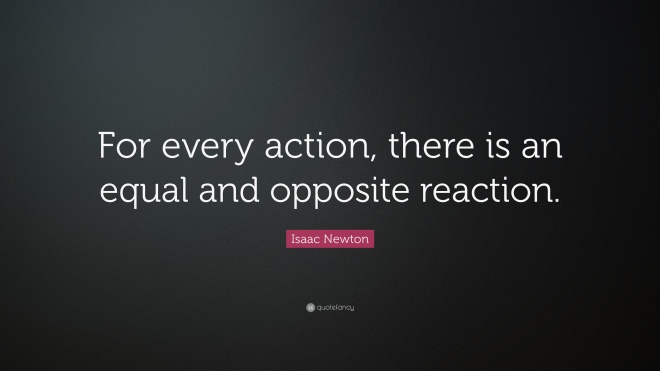 Cersei lives in her own bubble where she and her House are the only people of worth. I’ve written extensively about Cersei before, and highly encourage you to read BBF’s blog to consider the impact that Cersei’s unquestioned privilege has on Westeros’ political landscape.

Tyrion is also not immune. He may experience stigma, discrimination, degradation and family dysfunction due to his dwarfism, but he still enjoys the wealth, political privilege and status of House Lannister. In fact, most of Tyrion’s drunken nihilism in ADWD is him lamenting the loss of this privilege. Much like his brother, Tyrion’s focus is “woe is me” now that his protective privilege buffer has been removed. He lacks the insight to connect the dots between true disadvantage and his current situation (at least, up until he is seized by slavers. His trip along the Rhoyne with JonCon and Co was still pretty cushy, for all that Tyrion moped about being ‘exiled.’)

It is this lack of insight that is ultimately going to bring down House Lannister.

Cersei has found herself trapped by the Faith Militant she chose to allow. Jaime thinks he is on a journey of redemption, but really he’s just toeing the party line and ensuring Tywin’s plans for the Riverlands remain in motion. Tyrion is gathering sellswords to him on the basis that he has an unquestionable right to the power and privilege of Casterly Rock.

Will each of these privileged Lannisters come crashing down? Or just some?

Cersei seems certain to crash and burn spectacularly, before her death at Jaime’s hands. Will Jaime commit harakiri after he fulfils his part as the Valonquar, or will he be finally put on trial by Daenerys or even Aegon? Assuming that Tyrion joins Daenerys’ crew as her Hand in the books as he did in the show, will he have gained some humility and insight, or continue to become Tywin v2.0?

Either way, GRRM’s subtle commentary on privilege through the storylines and characterisations of House Lannister is much food for thought.